AMD has already responded to the GeForce RTX 2060 price cut!

AMD has already responded to the GeForce RTX 2060 price cut! – As we have already reported several times on Leak.pt, competition and price war has returned to the graphics card market!

After all, after AMD announced its new range of RX 5600 XT cards, whose main objective was to steal the mid-range market from NVIDIA. The rival promptly responded to this effort, with a very significant price cut on the cheapest card on the market with support for Ray Tracing, the RTX 2060. However, it appears that this is not enough to stop AMD in its mission to return in great to the market!

AMD has already responded to the GeForce RTX 2060 price cut!

Therefore, AMD has now come to change the specifications of the RX 5600 XT through a BIOS update of the card. Update that apparently is now being sent to manufacturers.

That is, in this way, AMD will increase the base clock frequencies of the GPU to 1615MHz (before it was 1375MHz), as well as the Boost frequencies to 1750MHz (before it was 1560MHz). In fact, the confirmation of this update is already officially on the Internet, just go to the Sapphire RX 5600 XT Pulse page, which despite having no mention of OC, indicates these same 'base' frequencies. (Interestingly, it even has a tab saying 'Updated')

However, AMD will not stop there!

These last-minute changes, in addition to being interesting, also show us that AMD is not willing to lower prices, even if its huge rival tries to stomp. But better than all this, it was a new price cut, the consumer would be grateful!

Besides, what do you think about all this? Share your opinion with us in the comments below. 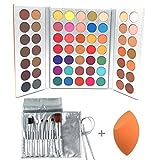