Andrew and his team of 11 shouted the Spanish “Salud” toast while sipping their freshly brewed glasses in the midday sun. Many said he would fail, but Andrew was determined and, after 15 exhausting years, succeeded. His mission? To face the powerful brewer San Miguel, the Spanish giant and market leader, and get your own beer served in the bars of the country.

Beer is Spain's favorite drink, consumed by 50% of adults. But San Miguel's prolific beer was not to Andrew's liking.

Londoner Andrew moved to Spain after meeting his French partner, Sophie. On a whim, they decided to settle in a remote Spanish village called Liérganes in northern Cantabria and raise a family.

Andrew ran his publishing business from his laptop and he was enjoying the Spanish lifestyle, but was eager to know the home. "I've always loved a good bit of bitter English, so local beers just don't fit the bill for me.

"The scenery is fabulous, as is the weather here, but you can't beat a ale."

Unable to buy beer in bars in Spain, Andrew decided to brew it himself.

What started as a small cooking brewery has turned into one of the most unlikely success stories in the history of foreign craft beers.

Now DouGall beer has a healthy turnover of £ 1 million a year and Andrew needs to fight investors.

He simply cannot produce enough DouGall beers to meet demand and keep Spanish eyes smiling. Bars in the coastal town of Santander in northern Spain, as well as bartenders, are serving glasses of DouGall beer as well as the more traditional San Miguel. 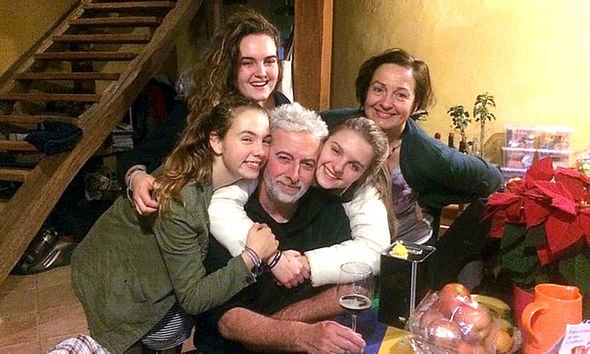 Andrew and his family, who settled in a remote Spanish village (Image: Andrew Dougall)

Breaking the beer barrier, however, was not an easy journey and Andrew struggled to convince locals to taste the distinctive flavor of traditional beers.

"Persuading Spaniards to change their drinking habits and try something new was a slow process, but I was prepared to take the time because I always believed we would get there in the end," says Andrew, 64, who worked as a small boy. Maritime book publisher in London in 1997, when her life changed forever.

After deciding to make his own beer, he bought a home brewing kit in Britain and, upon returning to Spain, experienced different tastes.

On his cell phone, he takes a picture of his three-year-old daughter, Lucy, holding her head in bewilderment as her father plays with the rudimentary brewing kit.

Undeterred by some previous failures, Andrew took a short brewing course at Sunderland in 2000 to learn more about the process.

Two years later, he dived and spent £ 15,000 buying the brewery and fermenters of the former Pembroke Brewery in South Wales. He took it apart piece by piece, sent it to Spain, and reassembled it in a disused barn near his cottage.

With a much larger brewing capacity at his disposal, Andrew expected him to make beer in 2002, but it took another four years before he could sell part of his beer.

“Going through approvals and paperwork was a difficult process as the last brewery in the area was closed in the seventies and no one really knew the procedure or the requirements – especially me! There were so many obstacles to jumping, but I wouldn't let myself go, ”says Andrew, who with Sophie has three daughters: Lucy, 21, Roxane, Tess, 20 and 16.

“It was a tough time financially also with building loans, but when I was finally allowed to sell my beer on the open market in 2006, it was a great relief.

"However, the bars would not accept it, so I had to sell in themed markets, artisans and the like, where the Spanish were more likely to try something new. I would try anything to get some attention. Once I even dressed as a monk in a medieval market, which was a lot of fun. ”

In 2008, he was still struggling when he met his Spanish-born business partner, Kike Cacicedo, and things changed for the better.

"I was a 'net cook', I suppose, while Kike had a much more scientific and technical view of the brewing process," he says. “Since then, our main goals have been quality and consistency. We complemented each other and our friendship grew with the business. "

Using malt from England and hops from the west coast of America, they perfected their beer.

In 2010, Andrew and Kike moved to larger village facilities and began major production. Last year they sold 350,000 liters, a very respectable amount for a small craft brewery. "We have been voted the best taproom in Spain in the last three years and our main range covers seven different beers.

"Our best seller is 942, an American Pale Ale (named after the regional phone code), closely followed by Leyenda, which means English legend, and Raquera, which means rascal," says Andrew.

“We want to identify the beer names with the region and I think locals like it.

“We sell barrels and very fresh bottled beer, just as it should be. In addition to the specialized craft market, we are now also being discovered by regular beer drinkers, which is great. "

When Andrew and Kike, 40, needed money to expand and increase production, they turned to crowdfunding and were impressed by the positive response.

"We raised 1.2 million euros in six hours, which is a record for Spain," says Andrew, drinking a beer.

"The Spanish took our beer to heart and we wanted to thank them for it."

With the extra money, they can produce more and more beers for an increasingly thirsty market in Spain.

Now Andrew and his family can relax and enjoy the spoils after years of hard work.

He has not yet reached San Miguel in a keg, but Andrew DouGall's beer is the name on the lips of a growing number of Spaniards who are savoring the delights of a British beer.

"I'm still very happy when I walk into a bar in Santander and hear someone order a DouGall beer," says Andrew.