Facebook launches tool to transfer photos and videos to Google …

Facebook continues to open access to a data transfer tool launched in Ireland last December. The tool allows users of the social network to transfer photos and videos stored on their servers directly to another photo storage service, such as Google Photos, by encrypted transfer.

The setting to “download a copy of your photos and videos” is accessed through the Facebook settings menu, or you can access it directly through this link: https://www.facebook.com/dtp/.

The tool is based on the code developed in the Data Transfer Project (DTP) – a collaborative effort started in 2018 and supported by companies such as Apple, Facebook, Google, Microsoft and Twitter – that have committed to building a common structure using open applications – code- source to connect two online service providers in order to support the direct portability of all user data between two platforms.

This turns out to be a response by the great Internet technologies to the criticisms of these companies that have too much power over their market segment and that hinder the transition to other platforms, which has led regulators and governments to implement their own rules and even apply fines to companies. 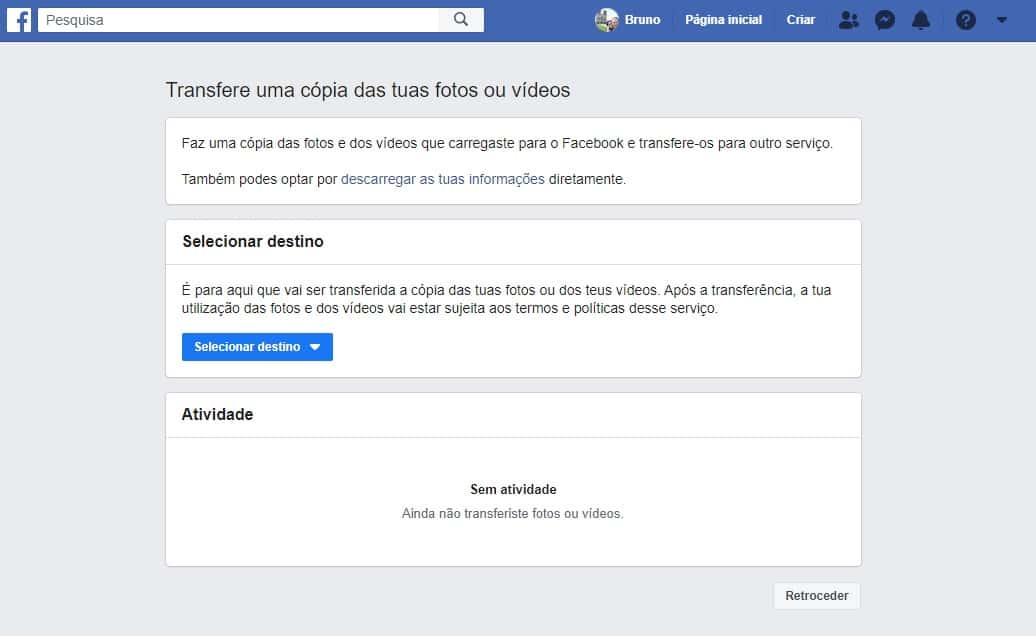 In the EU, for example, competition regulators are eyeing the data practices of tech giants, including Amazon, Facebook and Google. While tech giants in the U.S., including Google, Facebook, Amazon, Apple and Microsoft, are also facing scrutiny by authorities.

In this way, this new platform for transferring photos and videos allows the defense of Facebook to affirm that it is working to facilitate users, although this tool “only” allows the transfer of photos and videos. In addition, this tool is still limited, as it only allows us to transfer data to Google Photos, another large company that is also involved in many lawsuits filed by competition authorities.

The goal of DTP is to develop a standardized version to facilitate the participation of others without having to reprogram an entire platform to transfer data and that it is likely that there will be more companies to join this project in the near future, as well as it should also allow transfer your photos from Facebook to other sites, like a Dropbox, or a Flickr.