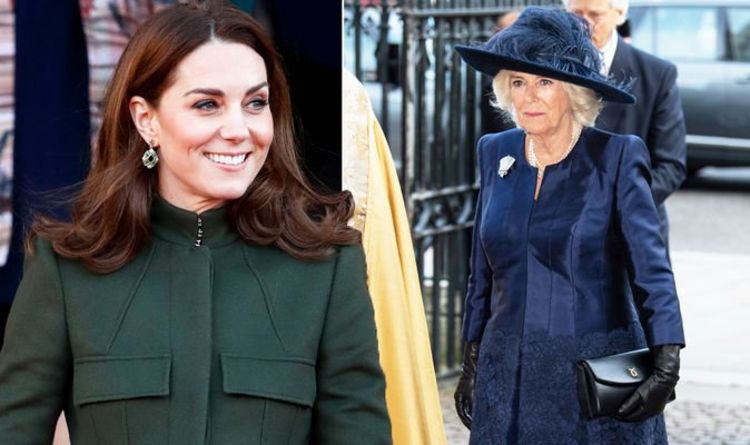 After Camilla married Charles, she could have assumed the title of Princess of Wales.

However, as the title is closely linked to Princess Diana, Camilla chose to style herself with the feminine version of the duchy of Prince Charles.

Prince William is second in line to the throne and will likely assume the role of Prince of Wales when Prince Charles is king.

Since Kate is married to William, she will have the option of using the title Princess of Wales.

It is unclear whether the Duchess will do so, as the name is so commonly linked to Princess Diana.

"At that moment, there's the question: will Kate choose to be called Princess of Wales?"

The duchess can use the title to honor her mother-in-law, but it can also be avoided to interrupt comparisons.

The royal website said: "Unless otherwise decided, a consort of the queen is crowned with the king, in a similar but simpler ceremony."

Camilla would be able to win the title of queen consort when Prince Charles took the throne.

However, Clarence House reported after the wedding that Camilla would be known as Princess Consort.