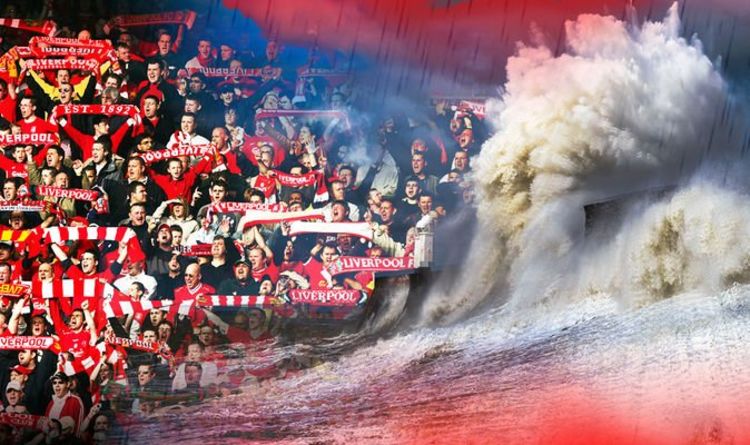 Storm Dennis is scheduled to sweep Britain this weekend and many traveling fans could be affected by the adverse weather after four ambitious warnings were issued by the Met Office.

The storm could not have worsened, as most games this weekend require cross-country travel for visitors.

Burnley faces the 524-mile roundtrip to the start of Saturday lunch in Southampton, which would take five hours to drive or six hours and 40 minutes on multiple trains – and that is uninterrupted.

Later, Liverpool is expected to make the 510 mile round trip east of Norwich, which will take about four hours and 45 minutes by road or six hours by train.

On Sunday, Tottenham climbs the M1 to Aston Villa and Newcastle makes the 546-mile round trip to Arsenal, with Manchester United fans having to travel to Chelsea on Monday night.

However, on both Saturday and Sunday, there were serious travel disruptions, as occurred when Storm Ciara occurred last week.

Meteorologists from Met office Alex Deacon and Aidan McGivern warned that a similar effect could be felt for travelers this weekend.

McGivern said: “Although the winds at this stage are forecast to be slightly lower than Ciara.

"So there is still a potential for disruption."

"On the highest ground in Wales and south-west England, 120 to 140 mm of rain is possible in some places. This rain is expected to fall in areas that are already humid due to recent rains."