The first year of content was completed in February 2020 with the release of the third episode. The update included the long-awaited Firewall, specialization # 6 that adds a flamethrower to the player's skills, in addition to a whole new narrative. The main mission was to take the agents to Coney Island in order to get the Black Tusk’s away from the virologist, Vitaly Tchernecko. During the extraction, players discover the agreement between Aaron Keener – the agent who defected from Division and joined and formed the "Rogue Agents" – and the Black Tusk. Framed in the prologue, episode 3 forms the basis for the capture of Keener and the return to New York.

I confess that I was quite expectant in the face of the announcement of an expansion into a game that I was so pleased as a player. I had some difficulty imagining what could be coming in this excerpt from this second title in the Tom Clancy’s The Division series. Follow us on our first impressions of “Warlords of New York“.

The structure of the side and main missions, having been adjusted to avoid restrictions on players, is a very interesting element in this new progression system (now from level 30 to 40). Truly, I think that this reformulation brings more dynamics because it avoids the traditional problems of progression of history – previously we needed to look for alternative missions or activities that would provide us with the level and, later on “score gear” to advance in the conquest of Strongholds and in the advancement of Tiers.

I particularly like the fact that each mission provides information about the extensive narrative behind the entire expansion (which dates back to Division 1). If there is one thing that the team behind the development of The Division 2 is good at, it's in narratives. The entire franchise always presents a solid history that can be explored and speculated even out of the game. I therefore recommend that players pay attention to any clues or directions provided throughout the game – it makes it easier to understand and reach Aaron Keener.

Knowing that this was an expansion, he anticipated some restrictions in terms of content. However, I expected a slightly larger map of southern Manhattan, as in The Division 1 we explored some parts of this location. Above all, I find the implementation of “Fog of War“ interesting, which goes back a little to the techniques used in Ghost Recon Breakpoint, in which the player has to look for enough clues to reach the intended objectives, but of course, in “Warlords of New York ”without GPS assistance.

Haven, the Base of Operations

New York, in the first title of the series, was the scene of a very large theater of operations. In addition to a base of operations, we had several “settlements”, in Portuguese, groupings (large groups of civilians in strategic habitable zones) and “safe houses” (where Division agents could get together and refuel). However, in Division 2, which has a time span of a few months after what happened in the first title, a lot happened in that period. 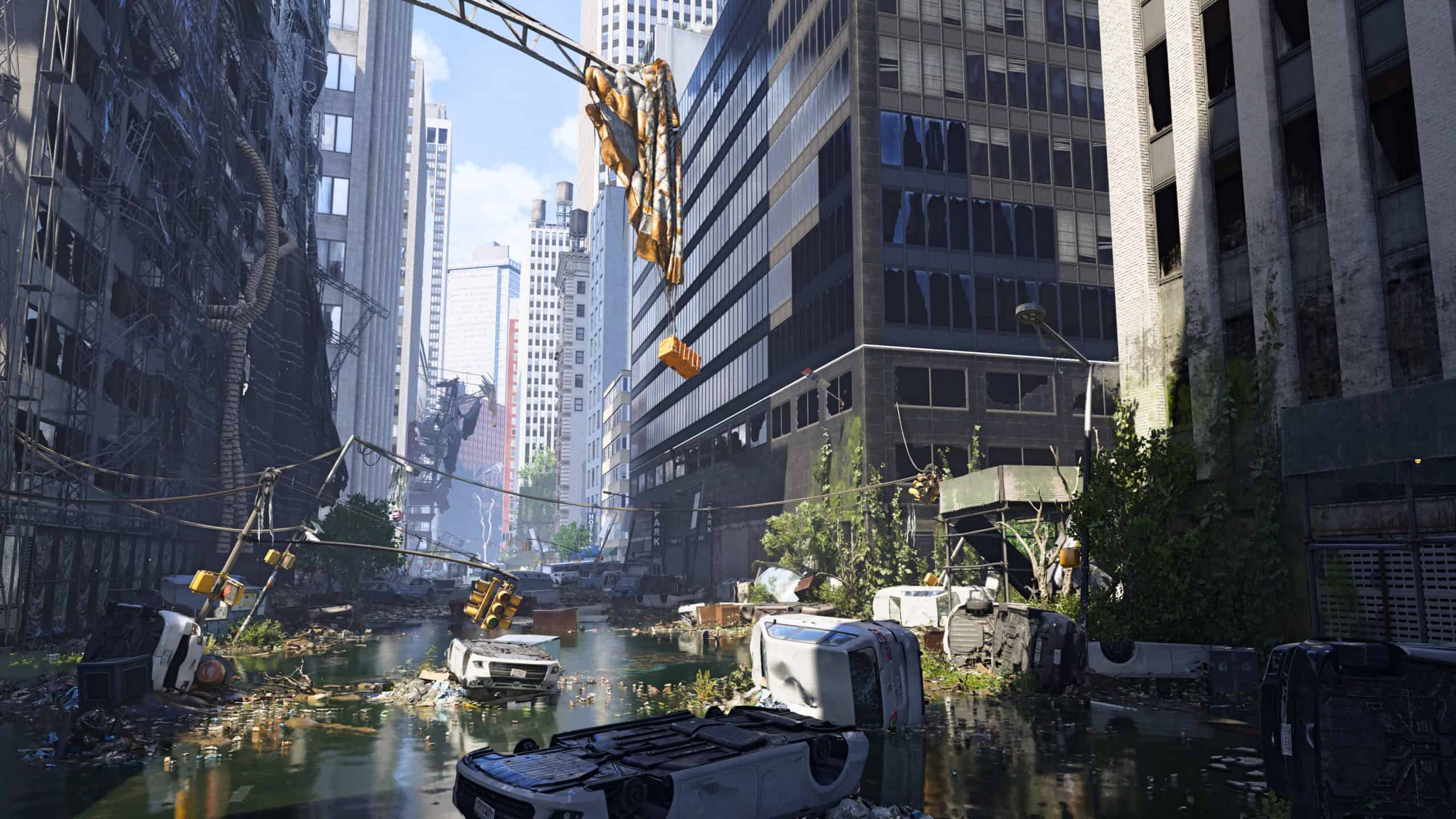 The impact of a tornado destroyed almost the entire city of Manhattan, leaving only one settlement, Haven. The remaining civilians and agents of the Joint Task Force formed a faction, the “Peacekeepers” who struggle to maintain settlement. Dvision agents use this space as the Base of Operations to eliminate the threat.

Especially, I consider this detail in extreme detail, which attributes a more challenging characteristic to the players as to the environment itself, that suffering the consequences of the disease and mother nature, have to fight against a new threat, the “Rogue Agents“. The agents were not well received, the members of the settlement come to us with a problem center, as they consider that we were unable to stop the threat – which is not entirely a lie, since the factions managed to reorganize themselves strategically and politically.

In terms of gameplay, the expansion brought some improvements in terms of the interface and a new gear system. It is still a little early to understand all the new implementations and advantages of the system compared to the old one, however, it seems to have some simpler details, allowing a greater focus on what is really important – adapting to the taste of each player, the form how it intends to operate in this new scenario full of dangers. 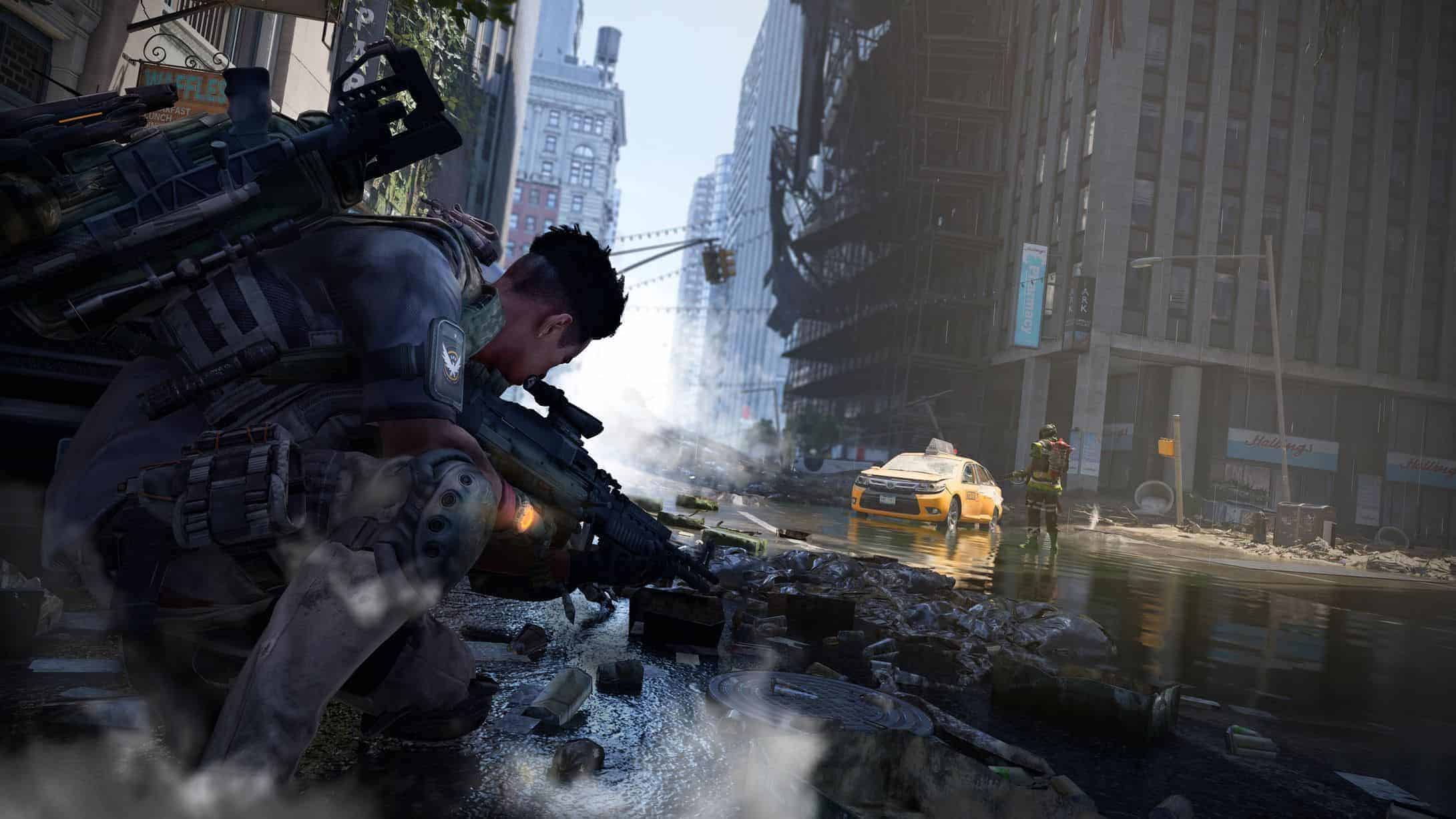 The artificial intelligence of the different factions changed for the better, in fact, I think it was one of the premises of a new concept and return to the origins. Over the past several months, the "intelligence" of enemies has evolved as they learn from mistakes. Humanity has a constant need to update itself in the face of external threats that can compromise its very existence. The Cleeners, for example, keeping the same thoughts, had to look for a new direction after being without their leader. Or even the Last Man Battalion who joined the Black Tusk for having similar war principles and strategies.

Something that I notice and find “funny” is the fact that it is almost a new beginning of the generation and collection of loot, since I abandon the golden loot (gold loot) to pick up weapons and the armor (backpack, holster, gloves, among others) of lower classes, but with higher quality (in terms of gear score). If on the one hand it is funny, on the other hand a little strange because I was quite accustomed to governing myself by certain skills of the "armor" itself, level and later on close to the end-game, "gear score". For weapons, it took damage by rate of fire, among other factors that may depend on player to player. 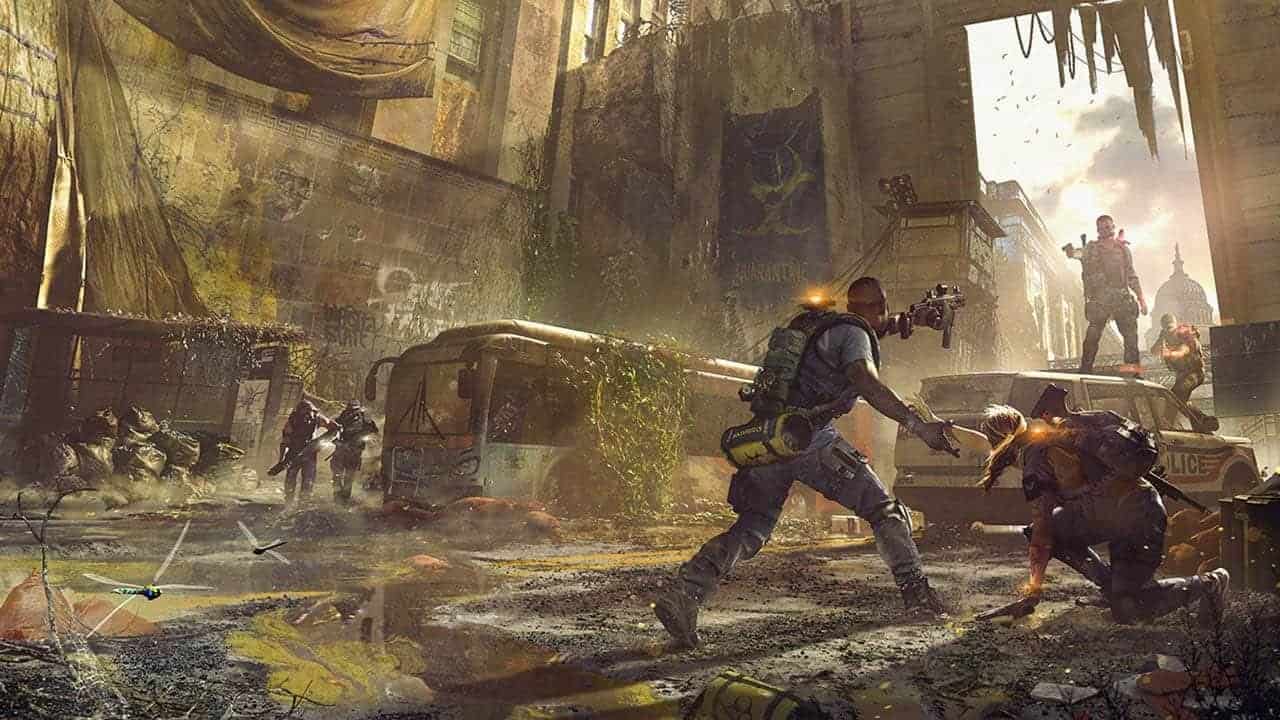 The crafting of the items having been reformulated for both New York and Washington, proves to be more fair! Now, the higher the level and / or level of SHD, the greater the difficulty in achieving the maximum potential of the item. In turn, the lower the level, the more likely you are to get more gear from the weapon or “armor” generated (crafted) – this is explained in a very simple way.

The new gear and the new skills-sets

Players can now acquire new skills unique to existing ones from Washington. Throughout history, and as the “Rogue Agents” lose out to Division agents. With each new season, new skills or skills will be added.

This is quite interesting, but the element that I am most curious about testing is the new level of SHD that replaced Field Caches, but that I have not yet had a chance to test at 100%, abstaining from comments.

This trap is very useful for incapacitating enemies with a large-scale electric shock. The best way to use this skill is to create scams or to stop a "rush" from enemies.

It can be used as an “echo” hologram found on the map (where ISAC is often heard saying “echo nearby”) that serves to attract enemy fire and focus. Basically, it is a very subtle and technologically advanced way of distracting the enemy. Perhaps one of the most interesting by the way.

The adhesive bomb is back, after it was abandoned in Washington. Its long range of projectiles has made it one of Division 1's favorite weapons. It can be used to stick to all objects. I confess that I missed this weapon. Being able to raise enemies to the heavens is a source of pride 😊

This bomb is a new addition to the collection of available "skills", based on the Division 1 explosion adhesive bomb. This manages to launch a spectrum of fire in a still significant range and that, still allows to continue to affect the chain enemies in face of his efficiency radius.

Players who have completed the Warlords of New York campaign will have access to new seasons that will expand the narrative cohesion of the end-game. “Seasonal Manhunt“, the Leagues, Global Events, and Expeditions between New York and Washington DC will be some of the elements of the first season.

Beginning on March 10, the seasons will play a key role, with new challenges and modifiers that increase the EXP earned and allow more rewards from the end-game.

The expansion is undoubtedly worth the value of € 30, however, the biggest fear is part of the limitation of the contents available that allow a short-medium term view. Of course, if you are a player who likes to restart the game, you can see an alternative to remember and start playing on the basis of a new progression system, which could be interesting.

The new addition that may arouse more curiosity and motivation will certainly be, after the campaign mode, the seasons that will bring more dynamism to the game (similar to what happened with the release of the episodes in the first year prologue). 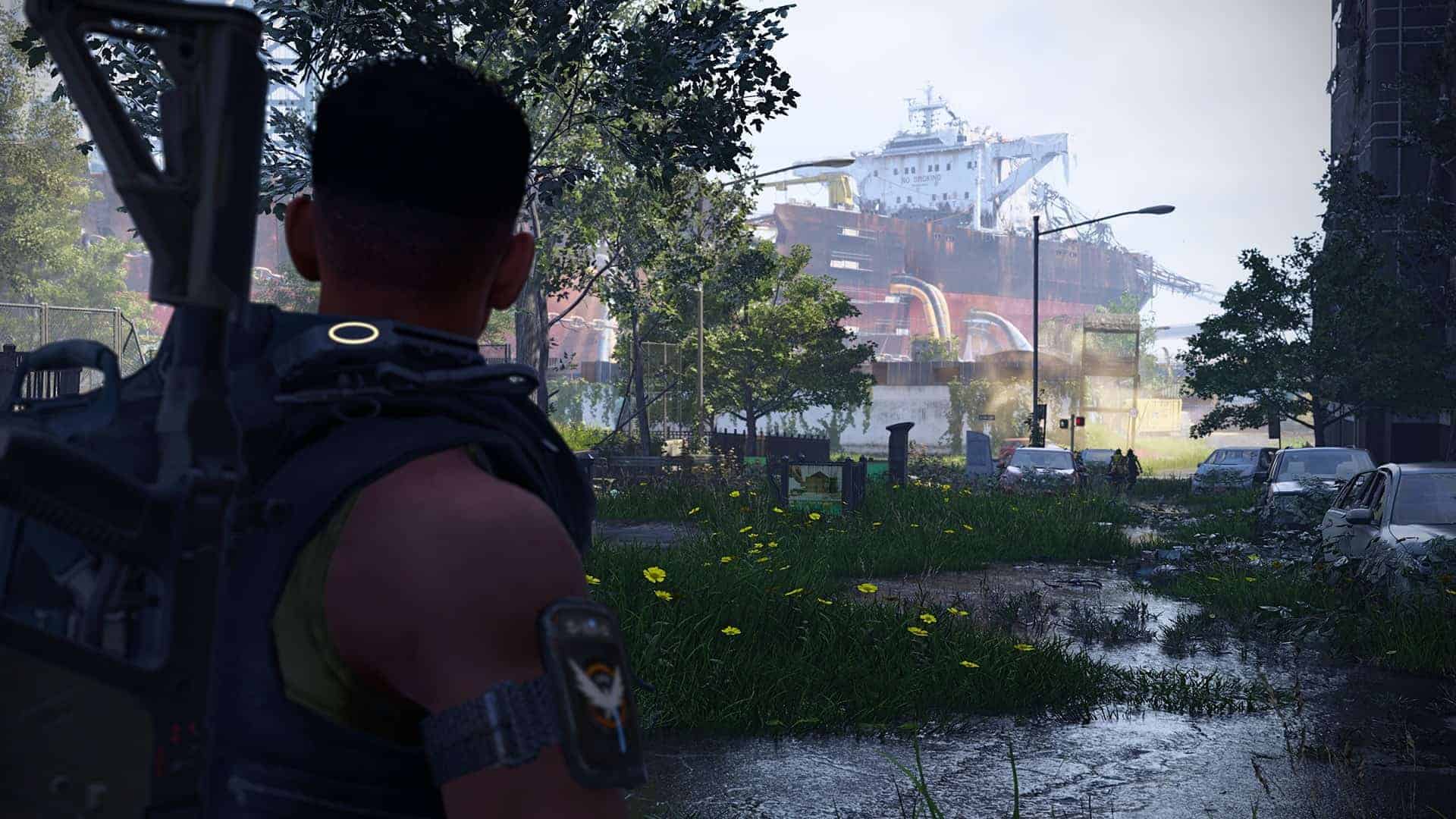 To highlight, just a few technical problems that have occurred due to the fact that it was a recent launch and ahead of schedule, which may reveal some precipitation, but nothing serious and that affects the commitment of the development team.

We are grateful to the entire development team for yet another excellent product, and especially to the team at Ubisoft Spain for the time it took to complete this analysis.