In 2014, Toyota pioneered the introduction of the hydrogen powered Mirai. Today it is preparing to raise the bar with its advanced zero-emission fuel-cell electric vehicle (FCEV) technology by announcing a special exhibit at the 2019 Tokyo Salon of the Mirai's second-generation Concept .

Today's Mirai has been an ambassador for raising global awareness of how a future clean and sustainable hydrogen society can be achieved. It is a technically sophisticated but eminently practical car with a driving range of around 500 km, easy refueling in a matter of minutes and zero emissions, as well as producing clean water. Since its launch, about 10,000 units have been sold, while Toyota has actively supported the development of hydrogen infrastructure in the world's major markets.

But this was just the beginning: at the 2019 Tokyo Motor Show, Toyota will show a first glimpse of this second generation Mirai's advances in technical excellence, dynamic performance and attractive design.

Scheduled for launch in 2020, initially in Japan, North America and Europe, the new Mirai will be much more than a green car, will show how its fuel cell technology (FCEV) is no barrier to creating a vehicle that Provides superior driving pleasure and style. 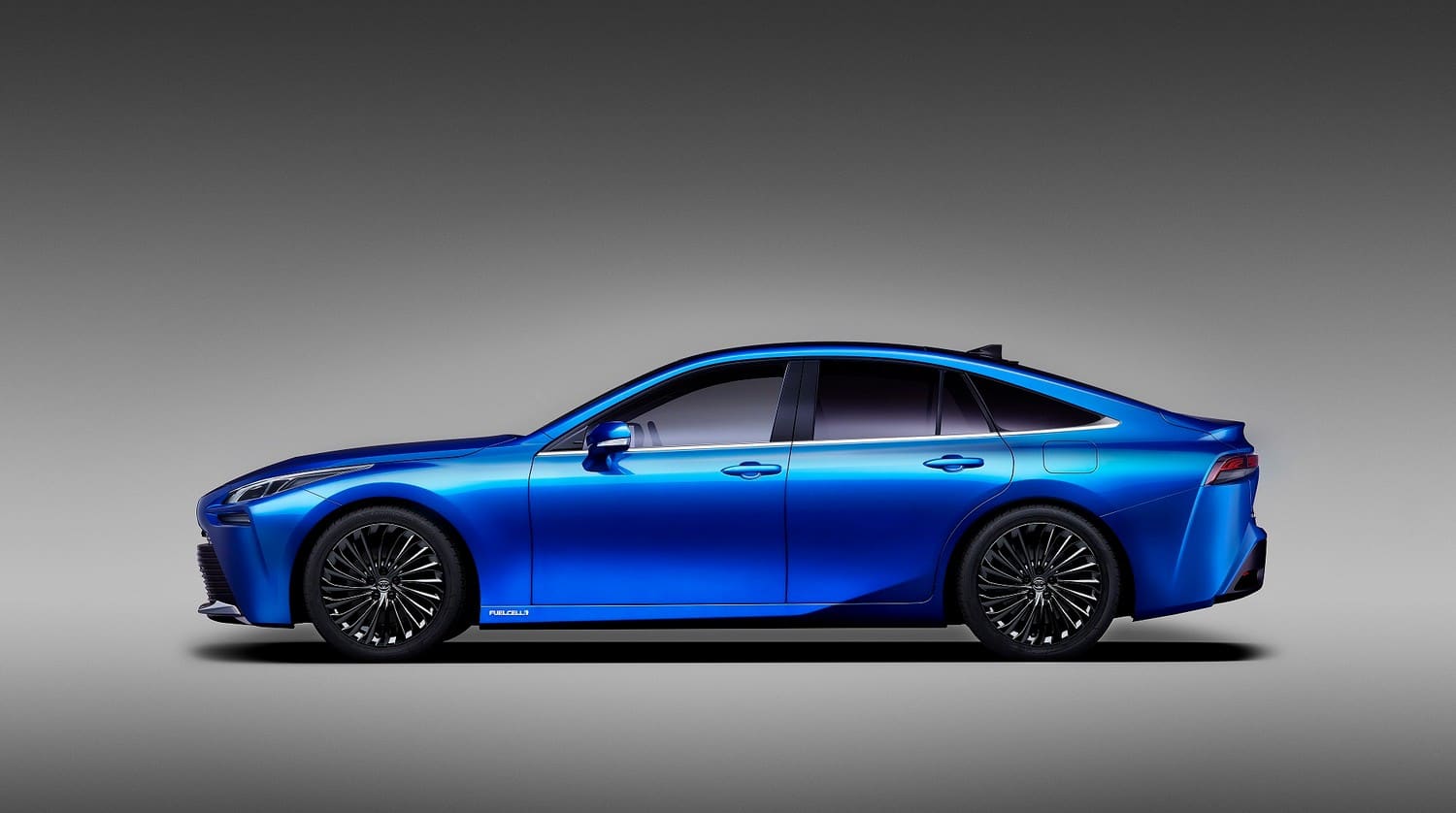 Efficiency is still a critical area, and Toyota is announcing for this second generation Mirai a 30% increase in electric range. This increase is possible through the fuel cell system and onboard use of larger hydrogen tanks.

Yoshikazu Tanaka, Mirai's new chief engineer, says: “Our goal of making a car that customers always want to drive, a car with an emotional and attractive design and the kind of dynamic performance and response that can bring a smile on the driver's face.

“I want customers to say, 'I chose Mirai not just because it's a fuel cell car, but because I just wanted this car; by chance is the fuel cell (FCEV). “We will continue our development work focused on that sentiment, and we hope that with the new Mirai we will be leaders in helping to realize a hydrogen energy society.”

The immediate impact of the new Mirai lies in its exterior design, with low lines, sleek proportions, attractive bodywork and large 20-inch-diameter rims that together create a powerful and distinctive look. The concept will be presented in a new specially developed blue exterior color that uses multiple layers for exceptional brightness and color depth. 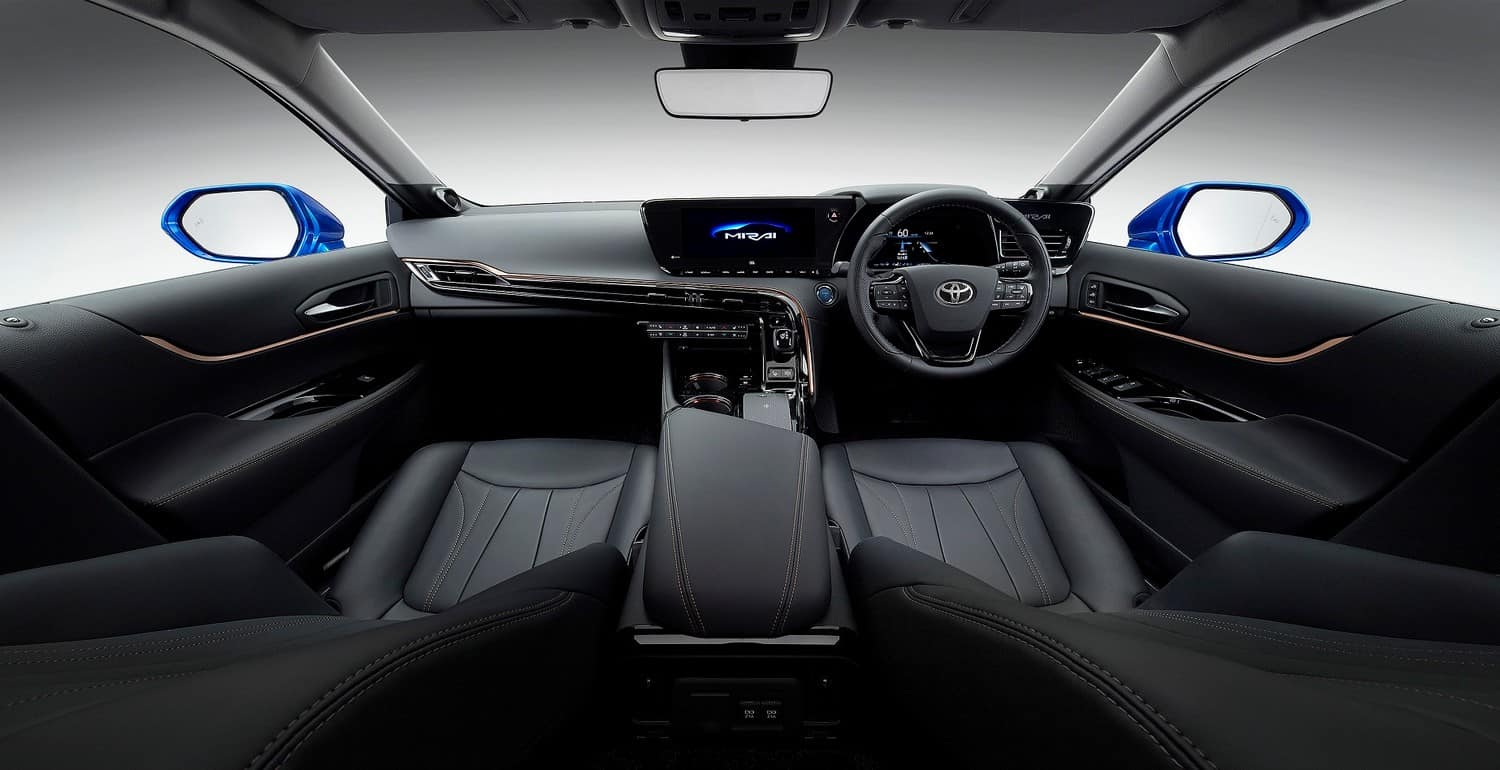 The interior is designed as a simple, modern space with a warm and comfortable ambience that adds to the feeling that it is a really nice car to drive and travel. Key features include a 12.3-inch center screen and an instrument panel that surrounds the driver. The platform and new dimensions allow five seats instead of the current four.

The freedom to create a more exciting and bold design is made possible by Toyota's latest modular rear-wheel drive platform, designed from the ground up to accommodate different thrusters – including a hydrogen fuel cell. In addition, it gives the new Mirai a higher degree of structural rigidity, which contributes to greater agility and performance, as well as a lower center of gravity, which contributes to agile dynamics and superior driving pleasure.

In addition to extending range, fuel-cell system performance improvements provide the new Mirai with a smooth, linear start-up response and more precise steering with more immediate throttle response. The dynamics are light and easy on winding roads, while driving on freeways gives you an exceptional feeling of power at any speed.